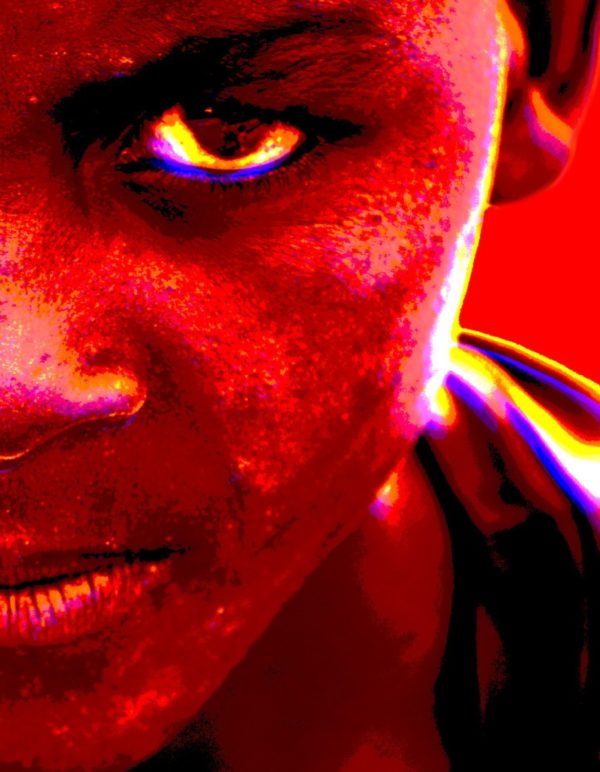 Little did we know we were about to cross paths with a bike rider out on a mission of hate.

Actually, we didn’t cross paths; he just about ran over ours. Joel and I have been riding bikes for decades. We have also participated in the Seattle To Portland Bicycle Classic a few times. We are very familiar with bike handling and etiquette. This guy demonstrated zero understanding of either.

It was late in the evening. This spandex-covered gentleman came up right behind us, literally. The headlight on his handlebars was dazzling, and not in a good way. This light was so bright it was similar to the brightness of a car headlight. But he didn’t say a word. He just rolled up quickly behind us and stopped. So, surprise-surprise. He startled us!

Now I don’t know about you but when I am startled my face often expresses a look of fear. Once I know there isn’t something to fear, then a look of annoyance replaces it. So that is what our faces did. But we said nothing. We simply stepped completely off the sidewalk. He passed by and disappeared into the next subdivision.

A moment later he reappeared on an intercept course.

Before we were in normal speaking range, he immediately demanded that we explain why we had looked at him like we were annoyed.

We answered, “Because we’re annoyed.”

That triggered an instantaneous onslaught of swearing, name-calling, and multiple invocations of his wish that we would die. No kidding. This barrage was all because we had imposed on his rights by looking at him askance. Apparently, it is his duty to explain how the world works to people that are older than he is. With massive anger.

The Logic of Bullying

According to this young man we had stepped on his rights by looking at him negatively. He loudly informed us about his “right” to live in a world where no one gives him an attitudinal look. If a person does, he confronts them on it. He also informed us that he pays taxes for this sidewalk. This being the case he has the right to ride his bike on the sidewalk without having anyone get in his way (he doesn’t). As a result, he saw no need to show any consideration to us or anyone else.

The whole thing was mind-boggling. It became apparent that no matter how hard we tried to communicate clearly our experience, it didn’t matter to him. All that mattered was his life, his world. His view.

In his view of the world, it makes sense that when someone looks at him in a way he doesn’t find pleasing they should die.

The Impact of Bullying

The experience upset us. It just blew our minds that someone like that could successfully function in the world. Joel asked him, “What do you do for a living?” He declared, “I’m an engineer.” Then he said, “You should be impressed with the neighborhood I live in.”

It’s exactly like the neighborhood next to his. Namely, ours. And where he lives is relevant how?

Part of what was upsetting to me personally was that I let him upset me so much. I started saying snarky things back to him that I would not normally ever say to anyone! So, today I have been wrestling with feeling angry at him and disappointed in me. I felt like I was caught and dragged into an eddy of emotional guck that I couldn’t get free of! It took a while, but I finally realized that’s the goal of the preson bullying someone else.

We know that we aren’t the only ones to experience bullying. Bullies of all ages are out there at school, the workplace, sports clubs, neighbors, etc. We can’t avoid them. We can’t control them. But, we can control how we choose to deal with them.

What’s your experience? Please add to the conversation. We’ll be glad you did.