If It’s Broke, Fix It: 5 Steps to More Satisfaction in Life 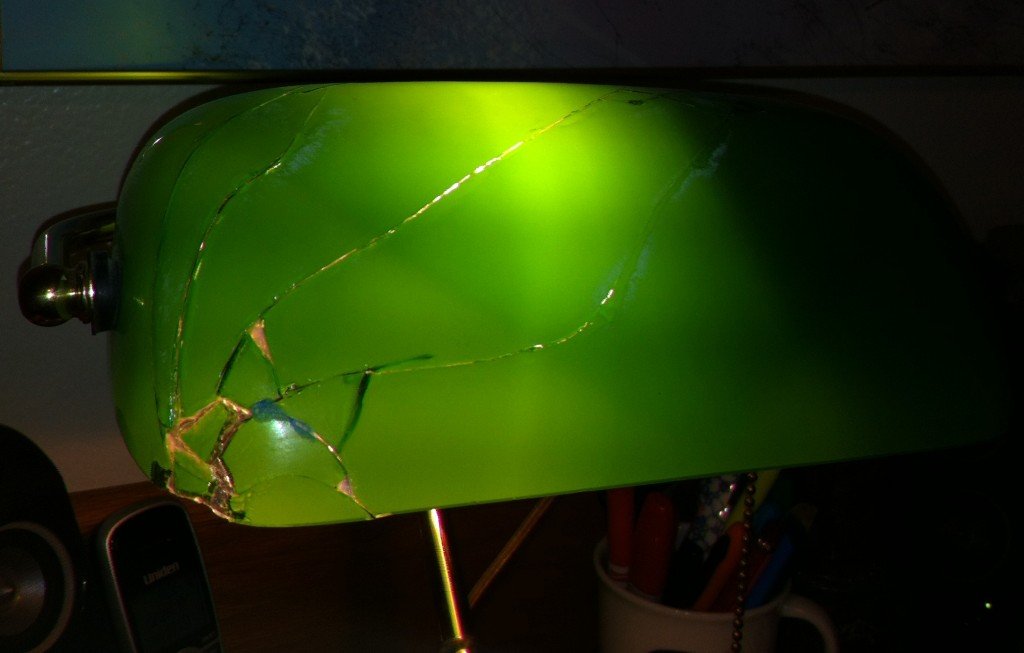 It’s a well-known truism that if something isn’t “broke”–like a car or something you depend on–you don’t mess with it. “Mess with it” meaning attempting to fix it. Which really means “making it better.” Because what’s the point? The argument is that if something is working properly, even if it’s not especially cool or “new,” it still works…so monkeying around with it could go badly.

It’s not a bad principle. Until it breaks.

In our society, even post- “Great Recession” (assuming you believe the premise that we are, in fact, “post”), we’ve become accustomed to just throwing things away when they are broken. Which is odd, since people post-Depression rarely threw anything away, even when it was broken. They’d fix it.

Many years ago I worked in a small, 3rd generation office supply store. The prices were a bit higher than the big box stores we’re used to now, but they had great service and many products you simply couldn’t get elsewhere. Like the banker’s light you see above. It’s mine. I’ve owned it almost 20 years. So, when the irresistible force of something that had been hanging in my office decided to let go, the lamp became the immovable object that stopped it. Until it couldn’t.

Looking at the collected remains, and tentatively putting a few together–like a nightmare jigsaw puzzle, I decided it was worth fixing. What you see is the result. Super-glue to the rescue! Where the bits of glass were too far gone to redeem, I filled in the void with clear caulking.

Viola! Good as new…and it looks cooler, too.

Come on! You know it looks gnarly and you want one now. Word of advice: make stuff “broke” carefully…

OK, so I fixed a busted lamp. Is there a metaphor here? Indeed, there is.

When a relationship looks like the lamp, what does our culture advocate? Dump it. Dump the loser. It’s broke. Get a new one. Move on and let go. That viewpoint is everywhere in social media. This comes from a Facebook post of a friend:

Keep people in your life that truly love you, motivate you, encourage you, inspire you, enhance you and make you happy. If you have people who do none of the above, let them go.

Am I so naive as to think that all relationships must be continued, even when toxic? Of course not. But here’s the rub. Where do you see toxic in the maxim above? Doesn’t the manifesto strike you as, at least, a little too egocentric? More to the point, who really just discovers one day that they have relationships with people who aren’t like this? Wouldn’t that say more about their own motivations?

5 Steps to More Satisfaction in Life

Engage here. What are your thoughts? Agree? Strongly disagree? For more steps to living a satisfied life, click here.