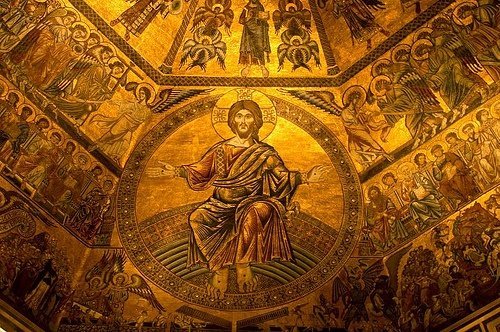 In The Rudder of the Day, by Dan Miller, he shares the story of a clergyman completely undone by his termination. Being fired brings shock, dismay and crushing bitterness. This Pastor’s church had, for reasons left unspecified in the story, chosen to take the drastic step of “letting him go.” Dan’s point is that, in all honesty, it is impossible that this Pastor had not been provided ample clues. Indeed, in unpacking this man’s career demise, it became clear that clues had been scattered across years of his ministry. So, the clergyman had “sanctified” his ignorance over time and repeated avoidance-impulses.

In Daniel 5 we read about the witless Belshazzar, who is the original guy completely undone by the proverbial “writing on the wall.” Good thing for the King Belshazzar, Daniel was ready and able to interpret the cryptic message God had scrawled across the palace wall. Even though the message was dire in every respect, the King gratefully gave Daniel increased wealth and status in his kingdom. That same night the King was murdered, fulfilling the dire message.

As Dan points out in his story, the newly unemployed Pastor–with some help–could see there had been red flags (writing on his wall) for years: grossly overweight, medicated for depression and a bleeding ulcer, etc. Raising the question:

Were these not clear signs of a life out of balance?

Why is it that so often those in ministry expect their world, within the church, to operate differently than outside? This naive Pastor functioned on the premise that simply if he was committed to God everything would just work out. After sufficient reflection, this servant of the Lord realized he’d operated from a simplistic, intentional and “sanctified ignorance.” Ouch.

Let’s unpack this: “sanctified” + “ignorance.” Meaning set apart to be…unaware. Or worse: to impart…willful delusion. We’d all admit that would be a bitter bill to swallow on the way to humble enlightenment and steps towards rebooting one’s ministry. Indeed, double ouch.

But, again, how often do those in ministry wander through it in a state of sanctified ignorance?

I would submit to you: too many of them and too frequently. Unfortunately, we know of one Pastor who absolutely needs to immediately recognize this reality in his life, for his sake and his congregation’s.

The belief that if we love God and have committed our lives to him, everything will just work out, is an immature theology….will lead to a life of mediocrity…[and] is not the path of accomplishment, of excellence, of maximizing our impact and witness.

Engage here. Do you agree? Disagree? Do you see the writing on the wall for your pastor? Or are you that pastor? Who else needs to consider this?