First Church of the Holy Sausage 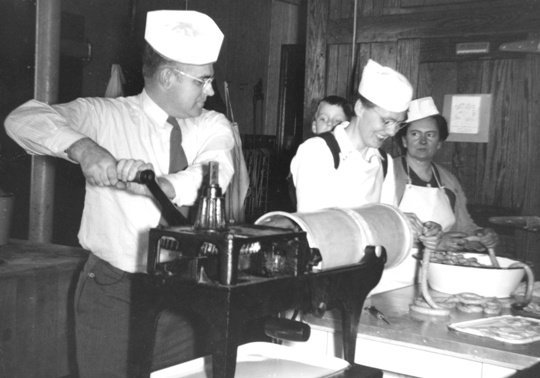 Is Church Leadership Really Like Watching Sausage Being Made?

Recently, I heard it said, a bit jokingly, that there are two things a person shouldn’t see:

Having seen my fill of church leadership in action, both as a full-time staff member and a deeply involved volunteer, I can tell you that there is some truth to the metaphorical warning. Like any institution that involves multiple people in a decision making process, the very process can be laborious and messy. Points of view, positions and even feelings can get ground up and extruded out, while the goal is that something palatable and useful is being made in that process.

I can also assert that more than a few times I felt as if I was the sausage. Or at least the raw material from which the sausage was squeezed from. Very little seemed “sacred” within the discussion and implementation of the leadership of the church. Indeed, it seemed no better than the poorest of secular behaviors.

Here’s the thing: why is it acceptable for the church to behave in the same way as the secular? Indeed, is it so commonplace that it’s to be joked about?

Sausage, by its very nature, has a predictable sameness to it. Precise widths. Uniform lengths. Consistency of texture and taste. One link just like the next. Like little soldiers. After having been crushed, mangled and ground.

Is this what we really want from our church leaders’ experience? Numbing repetition? Commitment to “the way it’s always been done?” Creativity crushed? Acceptance of poor behavior amongst leaders?

If, in fact, the actions of the leadership of any church can be compared in any way to the making of sausage, then something is completely out of whack. While this may be commonplace among the secular (and I’m not convinced that’s true), it is not acceptable within a Christian community. It’s nothing more than a glaring symptom of disease, a heartbreaking lack of vision, capitulation and a full embrace of the world’s mediocrity.

1 Corinthians 1:10 I appeal to you, brothers and sisters, in the name of our Lord Jesus Christ, that all of you agree with one another in what you say and that there be no divisions among you, but that you be perfectly united in mind and thought.

Does that sound like sausage making and something to avoid watching?

Engage here. Do you believe that church leaders are called to something higher than sausage creation? Is there someone you know that may need to consider this paradigm shift in metaphors…and behavior?