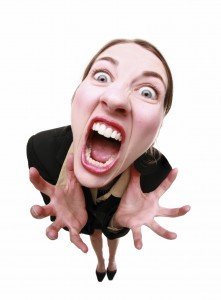 Monday: The Day That Wouldn’t Die

A few winters back, I had one of those days. You know, the days when the wheels come flying off and any sense of maturity or self-control you had, just got flung out the window?! Yep, it was that kind of day.

Now, I will be totally up front with you, being a potty mouth has been one of my biggest struggles since I was about 8 years old. Most people would never suspect this. Emphasis on most. However, once in a great while if things really go south I go from a private potty mouth to mistakenly a public one!

It was a typical Monday morning. Our daughter was off to high school and it was time to walk our dog, Bronx. I was looking forward to it. My back has been bothering me and sometimes a good old walk helps my muscles to relax.

There was a pretty layer of snow on the ground covering whatever had been there the day before, snow, slush, ice, whatever. Everything looked fresh again. Most of what was underneath the snow was pavement, but once in a great while I would discover an incredibly slick icy patch. We are talking the kind of slippery where it takes several uncontrolled movements to finally catch yourself. These, of course, are movements you would never choose to make, they just happen automatically as your body fights to stay upright. Not fun.

These Boots Are Made For Walking

About halfway into our walk and 3 major slips later I discovered that Bronx had lost one of his little snow shoes. Grrr! So, we had to turn around and start the hunt for his shoe. Of course, this meant we had to walk over the same area from which we already came.

Now, you’d think it would have been obvious where to avoid slipping again, because of footprints, this was not the case. Even when I could find a spot I slipped, by the time I did I had already discovered the other part of it.

The longer we walked the more out of control moments presented themselves. Now I can keep a lid on things for one major slip but by the time I hit the fourth and fifth spots my mouth had taken over. It was a good thing that the children were away at school because the neighbor kids would have heard a plethora of colorful linguistics come flying out of my mouth!

By the time we found Bronx’s shoe we were back in our neighborhood, just a few houses down from our home. I was very relieved to see the shoe, after expressing a few spontaneous words. By the time I got home I was so tired and sore from pulling so many muscles in my back and shoulders that I was convinced that several of the most famous non-rated G words had to be put on back order.

And to think this was just the beginning of my Monday! “Oi!”

So have you ever had one of those days? Oooh, do share! Please?

Add to the conversation. We’ll be glad you did. Who else might need to add to this conversation?